Scotway House was the former office of Meadowside Shipyard where more than 30 Anchor Line ships were built between 1876 and 1911.

Fast forward to 2019, Scotway House is now home to more than 400 students. An investment of £40 million GDV and 1200 jobs were created in the development of this flagship build.

NIXON acted as project manager and principal designer on this ambitious project. 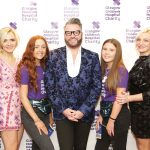 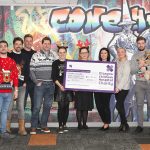 More than £15,000 raised for children’s hospitalUncategorized